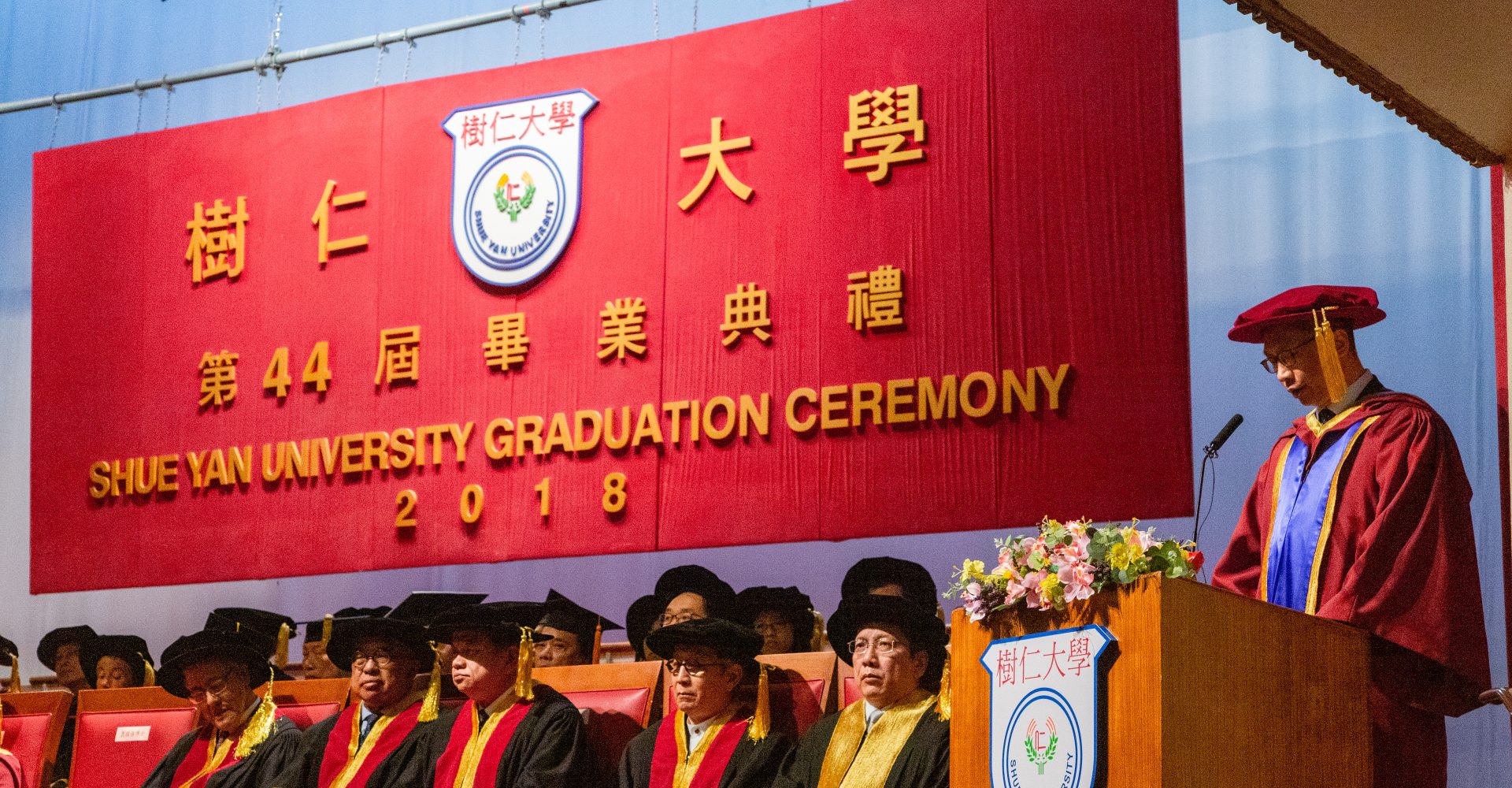 （with English version below）

It is my honour to present Mr. YUEN Kwok-Keung, Rimsky for the degree of Doctor of Laws, honoris causa.

Rimsky YUEN’s distinguished career has been shaped by two simple yet admirable values – professionalism and integrity. Standing by these values, he has pursued a successful career in the law, demonstrating his abilities as an accomplished, creative and influential lawyer. Rimsky YUEN, is however, more widely known for his exemplary service as the Secretary for Justice of the Government of the Hong Kong Special Administrative Region from 1 July 2012 to 5 January 2018.

Throughout his five and a half-year term of office, the Department of Justice faced a series of major challenges during which Rimsky YUEN provided strong and effective leadership demonstrating an unwavering commitment to upholding the rule of law. The tasks that the Department faced during Rimsky YUEN’s tenure were unprecedented and at times extremely demanding. In addition to performing the usual duties commensurate with the role of Secretary for Justice, he was required to deal with a number of sensitive matters which involved legal as well as highly political, social, ethical and other issues. This was a period in Hong Kong’s recent history when the preservation of the rule of law was vital.

Rimsky YUEN was later praised by the Chief Executive, Carrie LAM, for the high level of commitment and professionalism that he maintained whilst in office. He was described as a “pillar of strength in upholding the rule of law” and was applauded for his “profound legal knowledge and excellent analytical power”.

In 2017, he was awarded the Grand Bauhinia Medal in recognition of his dedicated and distinguished public service to the Government and the Hong Kong community, particularly in his capacity as Secretary for Justice between 2012 and 2017.

Rimsky YUEN is a Hong Konger through and through. He was born in Hong Kong in 1964 and was educated at Queen Elizabeth School before receiving the LLB and PCLL from the University of Hong Kong in 1986 and 1987 respectively. In 1987, he was admitted to the Hong Kong Bar and, in 2003, appointed Senior Counsel. In 1995, he was also admitted as an advocate and solicitor of Singapore. That same year he decided to undertake further studies to acquire a better understanding of Chinese law. He graduated with a Master of Laws degree from the City University of Hong Kong in 1997.

Rimsky YUEN’s practice includes a broad range of civil and commercial matters in which he acts as advocate, mediator and arbitrator. His breadth of experience and strong leadership are widely recognized and have brought him a number of positions of responsibility. He was appointed Recorder of the High Court in 2006; he served as Chairman of the Hong Kong Bar Association from 2007 to 2009; was Chairman of the Transport Advisory Committee from 2010 to 2012; and performed the duties of non-executive director of the Mandatory Provident Fund Schemes Authority from 2010 to 2012.

Rimsky YUEN is highly personable and embodies many admirable qualities. Despite his numerous accomplishments, he remains modest. He tells me that he was not academically gifted, and in fact, at secondary school he preferred to spend his time in non-academic pursuits such as astronomy and athletics. During his time at the University of Hong Kong, he enjoyed interacting with his peers and reflects that one of the best decisions that he made was to reside at St John’s College. It was there that he had the opportunity to meet students from other disciplines, which broadened his outlook on life and enriched his circle of friends.

For many years Rimsky YUEN has provided a great deal of support and assistance to the Department of Law and Business at our University. This support continued even during his tenure as Secretary for Justice. While in office, Rimsky YUEN selflessly found the time to attend our departmental High Table Dinner as our distinguished guest speaker on two occasions – in 2013 and again in 2017. Despite his busy schedule he thoughtfully prepared detailed speeches, and in 2017 he told our students that “quality education is also about character building, integrity, intellectual honesty and objectivity, a sense of justice, respect for others, as well as a positive attitude towards life.” These are not empty words. It is clear from his own accomplishments that Rimsky Yuen is a man who truly leads by example.

It was once stated by Winston CHURCHILL

Throughout his own prominent career Rimsky YUEN has personified those sentiments and remains dedicated to selflessly serving the community of Hong Kong.

Professor HU, I commend to you Mr. Rimsky YUEN for the award of Doctor of Laws, honoris causa.